Make your work faster and easier with these CATIA tips and tricks.

First of all, if you are an engineer who spends a lot of time modeling, this post is perfect for you. Did you ever think how can you speed up your modeling and what can you do better? There is a lot of stuff to do if you are at the beginning of the process. You need to figure out how to organize your models. Help yourself with these CATIA tips and tricks. I think you need to start with one good database of the standard part. Certainly, you need some time if you want to use all of these tips.

1. Make base of standard parts

You need to make parametric parts. In one part you will have all the variants. So whenever you need this part you can just use it. If you are working in a team this is even better because everyone will have the same part. Furthermore, you don’t need a lot of knowledge to do this.  For example, you can go on FIBRO and see their catalog of standard parts. 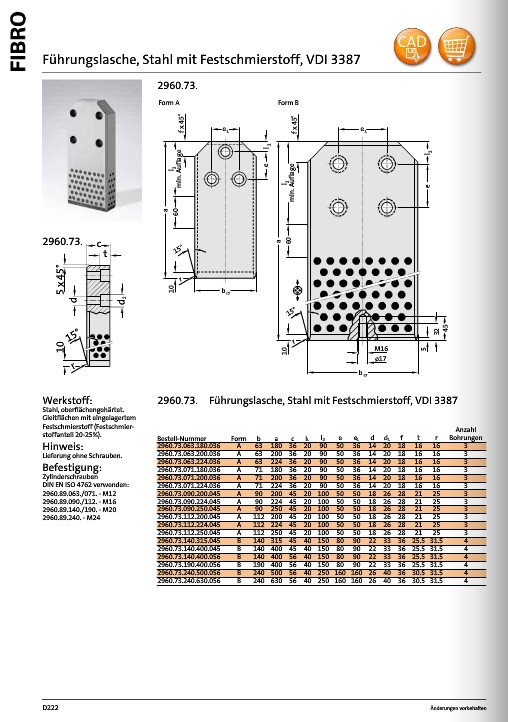 This is one picture from FIBRO catalog. So with these dimensions you can make a parametric model. Even more, if you want to read more about the parametric model you can do it on this link. We made this part for you. You can see all the pictures and you can also download this file and table from excel. Download.

Also, make a copy of every part that you use often. And make a database of your projects. So every time you get something similar, you can use your database. It is like a database, database…

A powercopy can be any set of CATIA features. It can be very simple, like one body and pad, but it can be very advanced too. You can make very advanced powercopies with a lot of elements, even rules, and tables. One time you make it and use it as many times as you want. So it is a very powerful stuff to use. Also, it is perfect for teamwork. One person can make powercopies for everyone. You can use parametrization for powercopies too. You can get a very similar model with this. See more on the video below.

You can also connect powercopies and macros, see more here.

Boolean Operation is one important part of CATIA. Actually it is not in CATIA only it is in CAD. So you can find it in all types of CAD software. When you come to boolean Operation it is used to add(combine), subtract(remove) or intersect the object. So if you want to add or merge two objects you have to use add option, but the object should be touching each other. If you want to remove the material of an object from other touching or intersecting objects, then you should use the subtract option. And the last one is Intersect. It is used when you want to remove or save the intersecting part. Hence you can easily organize your tree and your model. Certainly, you don’t want to have like 100 pads or pockets in a row.

4. Make basic tree for every part

You want to have an organized part with the same structure. Use boolean to make that tree and make one start part. So when you want to create a new part, use that one with the structure. 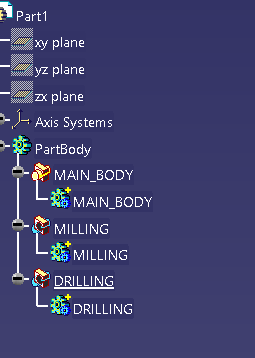 Finally, this is a simple example of a tree. You have the main body, milling, and drilling. In many-body, you can add your main features and milling and drilling are clear.

Many parts contain important features that the designer knows will be used in other parts, or to constrain the part in an assembly such as hole centrelines, mating faces, etc… There are three problems with this, however:

1) Important features are often hidden amongst large numbers of construction features that are of no interest to other users.

2) There are often multiple ways of defining the same feature when creating constraints and importing part geometry.

3) Similar features in similar parts may be modeled in a completely different manner. Meaning that replacing one part with a similar part will often cause its links to fail.

Finally use macros to speed up your processes. This site is completely about that. You can read more in the tutorial section.

We hope that these CATIA tips and tricks will help you a lot. 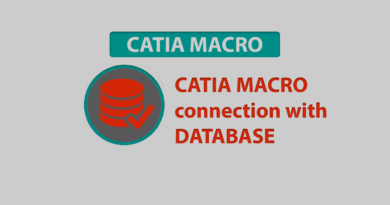 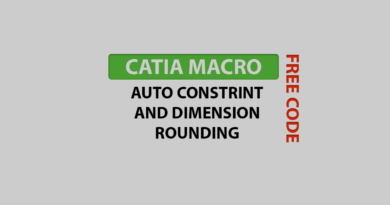 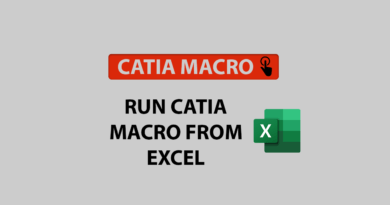 One thought on “CATIA tips and tricks”